This tour is highly suggested for all of you who have only one day to visit and explore Athens.

Athens, the capital of Greece after its independence from the Ottoman Empire in 1834 is one of the most visited places in Greece.   It is called “violet-crowned”, because just before sunset Mount Hymettus glows with a particularly soft purple-shaded light which is reflected on the vast sprawling city below.

Athens is a city of great cultural interest as well as a bustling, modern city.  The harmonious and perfectly balanced combination between the old and the new make Athens unique. According to the legend the Phoenician Kekrops founded the city on the rock of the Acropolis.

Athens’s patronage was disputed by two mighty Olympian Gods, Poseidon and Athena.   The council of the gods decided to settle the dispute with a duel:  Poseidon against his niece Athena.  The winner would be the one to offer to the city the most useful gift.   The mighty Sea God struck the rock with his trident and a fountain of semi salted water sprang from the earth.  Cleverly the Goddess of Wisdom produced an olive tree, symbol of peace and prosperity.  It was an easy win for goddess Athena and her name was given to the city.

Athens is a city full of remarkable monuments and great historical places such as the Acropolis, Parthenon, Agora, Temple of Zeus, the first Olympic stadium and many more.

This tour will give you the opportunity to observe the striking contrasts of ancient and modern that make Athens such a fascinating city.

We start the tour by visiting the so called “sacred rock”, the Acropolis. Here you will see the Parthenon that was dedicated to goddess Athena (Parthenos), Propylea, the monumental entrance to the sacred area, the temple of Athena Nike which was dedicated to Athena-Nike (Victory) the Erechtheion with its famous female figures-statues the Caryatides or Maidens dedicated to both goddess Athena and god Poseidon.  The Odeum of Herodus Atticus and the ruins of the first theatre in the whole world the Theatre of  Dionysus and finally the Areopagus (Mars Hill). 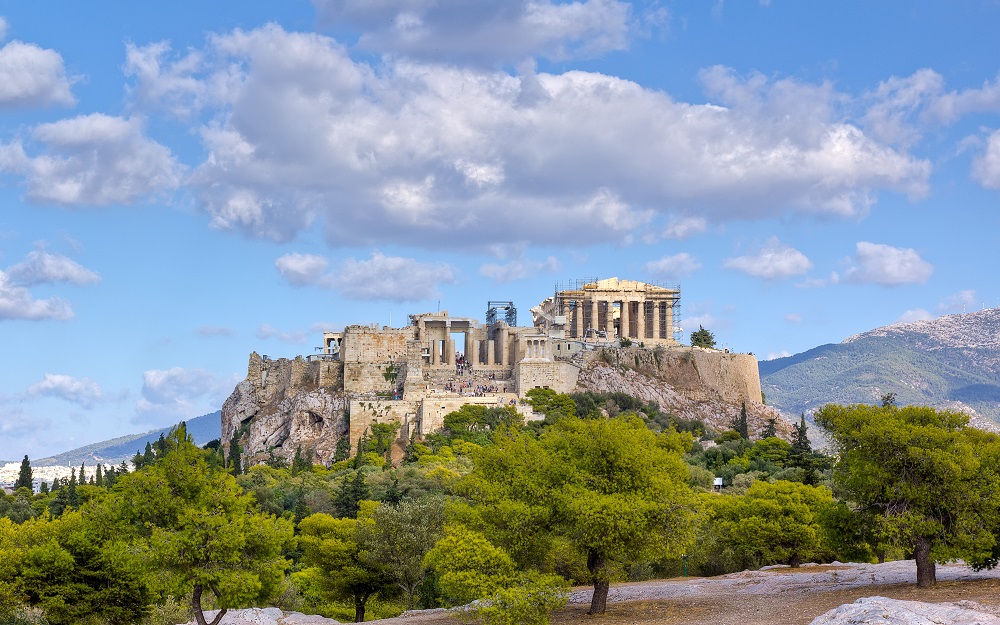 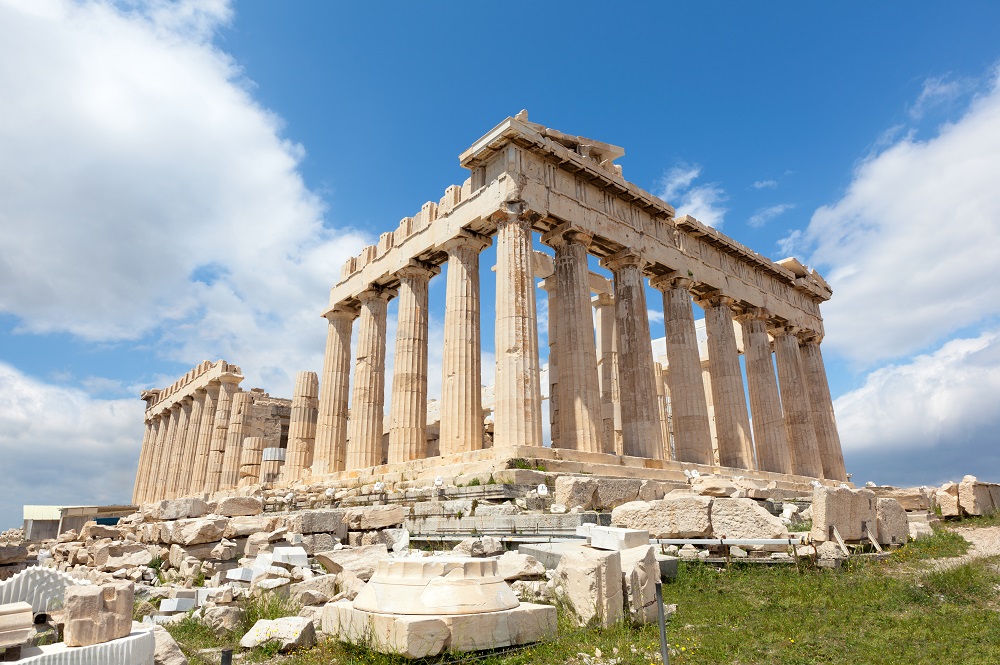 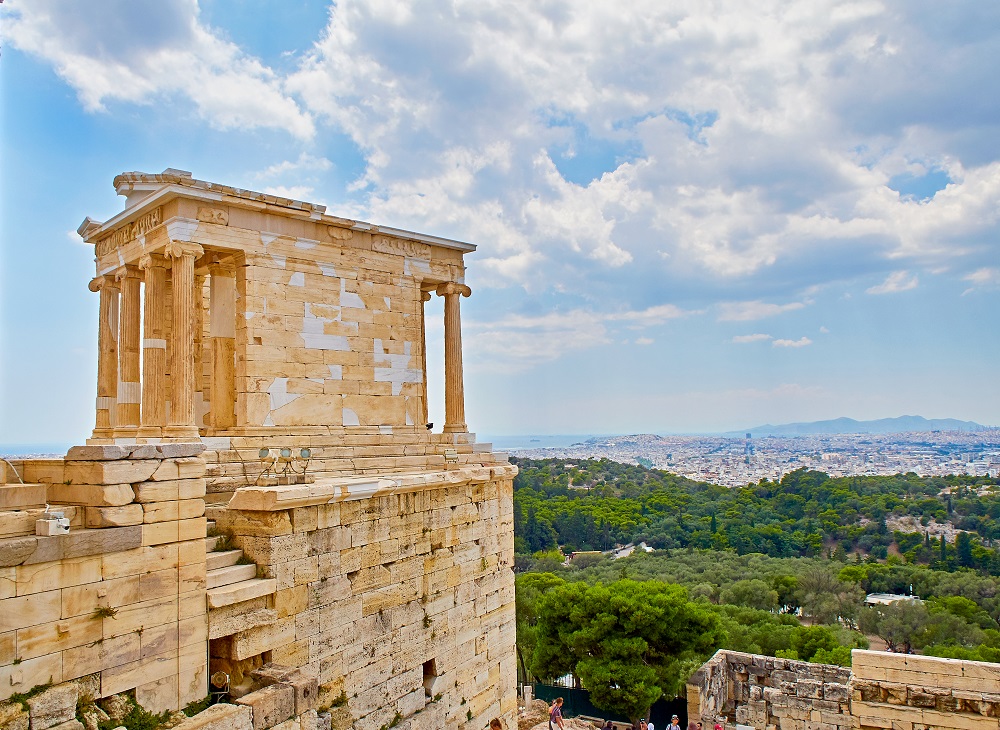 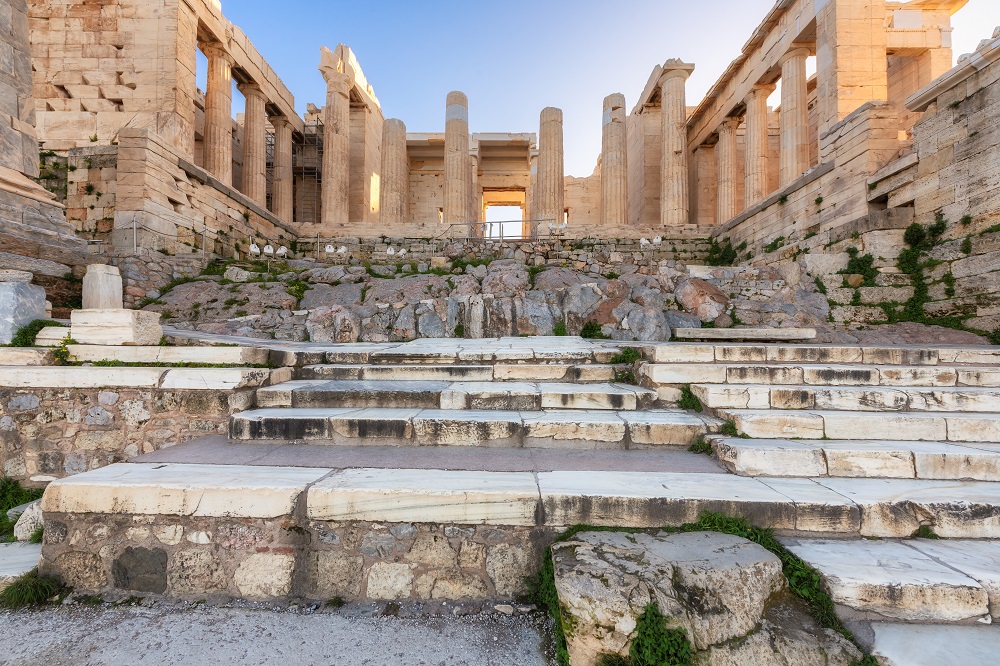 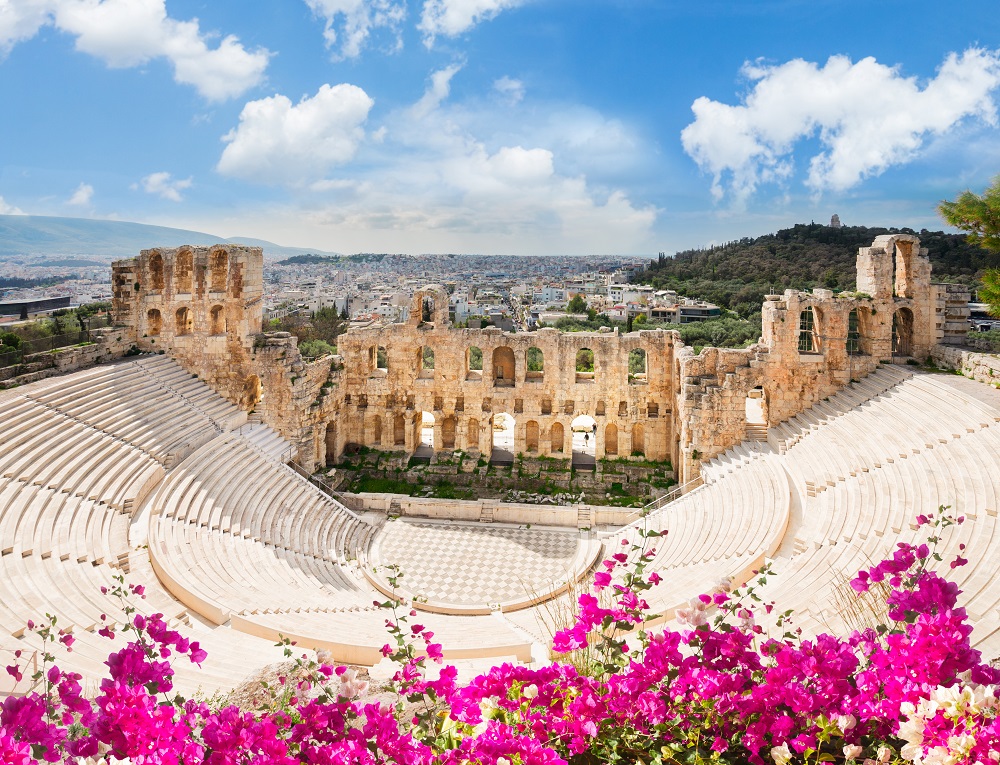 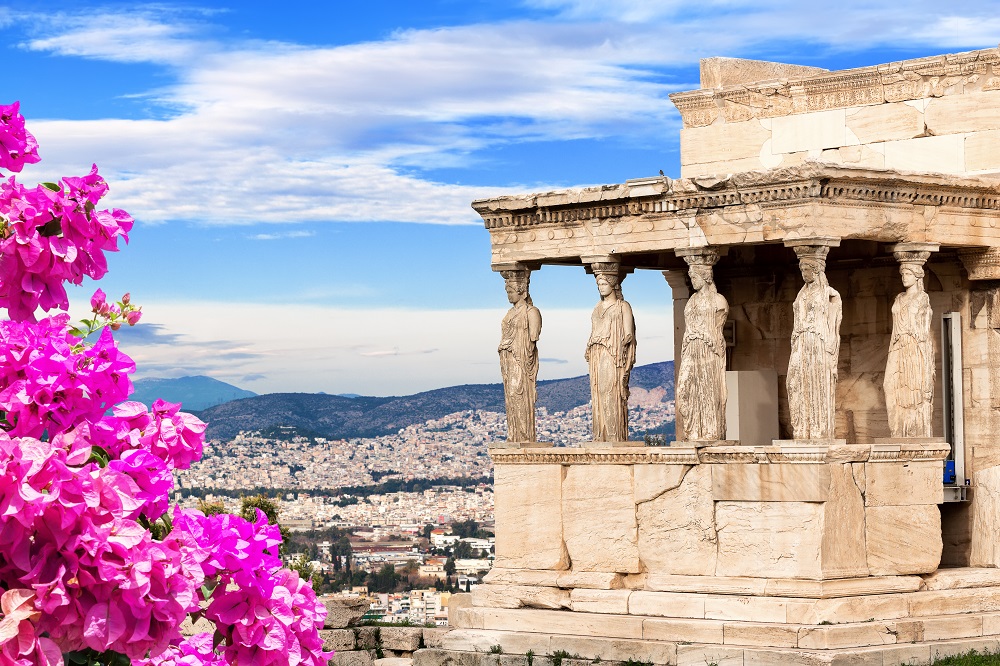 We will proceed to the Temple of Olympian Zeus (visit) and then to Panathenaic or Kallimarmaro Stadium which hosted the first modern Olympic Games in 1896 (short visit).  We will drive by the Prime Minister’s Residence (Maximou Mansion), the former Royal Palace, today the Presidential Mansion and the House of Parliament with the Tomb of the Unknown Soldier (short stop so as to watch the changing of the guards).   We continue our tour by driving up to the highest point of Athens, the Lycabettus Hill (the best 360 degree panoramic view of Athens).  From Lycabettus Hill we’ll proceed to the oldest and most picturesque neighbourhood of Athens, Plaka (stone-paved narrow streets, traditional Greek tavernas -best gyros- antique and souvenir stores) and the Tower of the Winds. 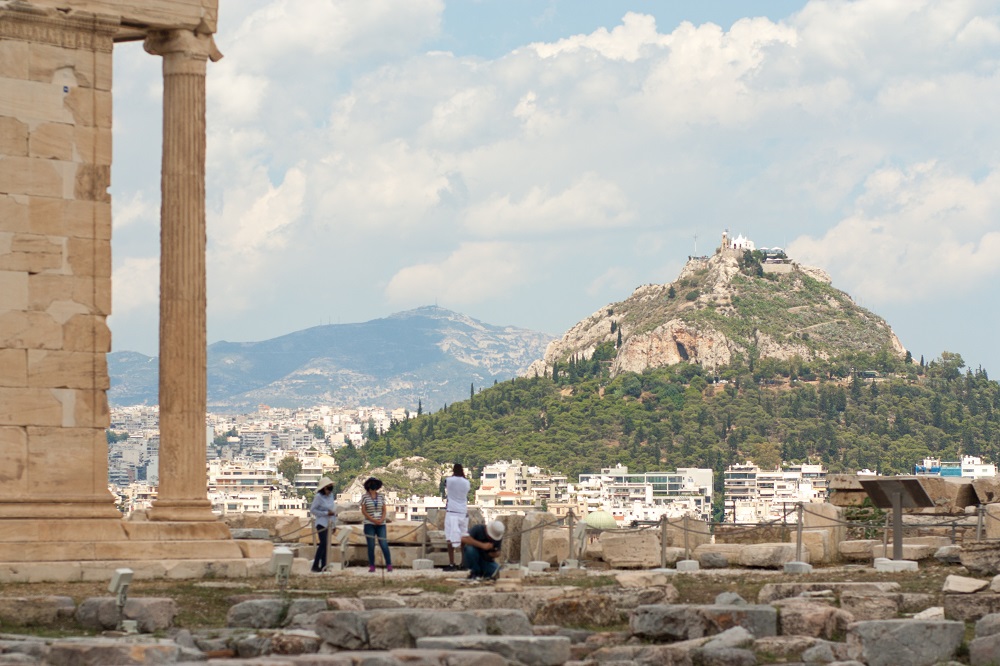 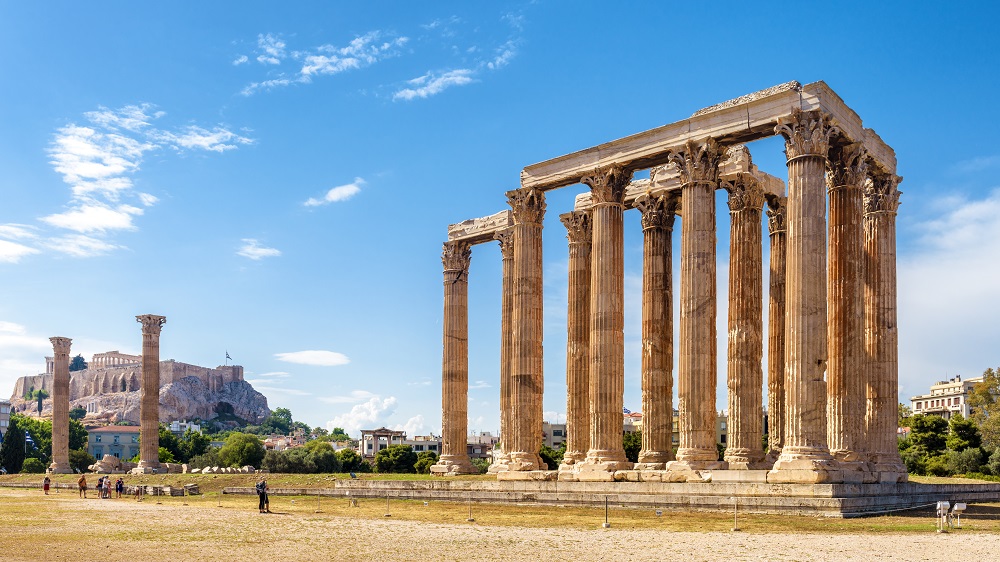 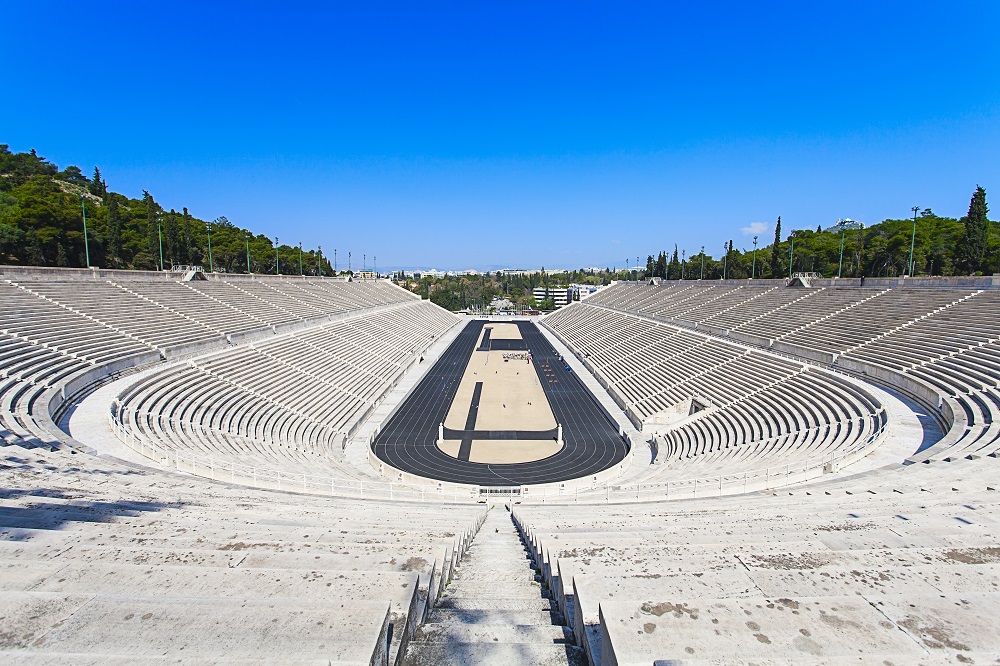 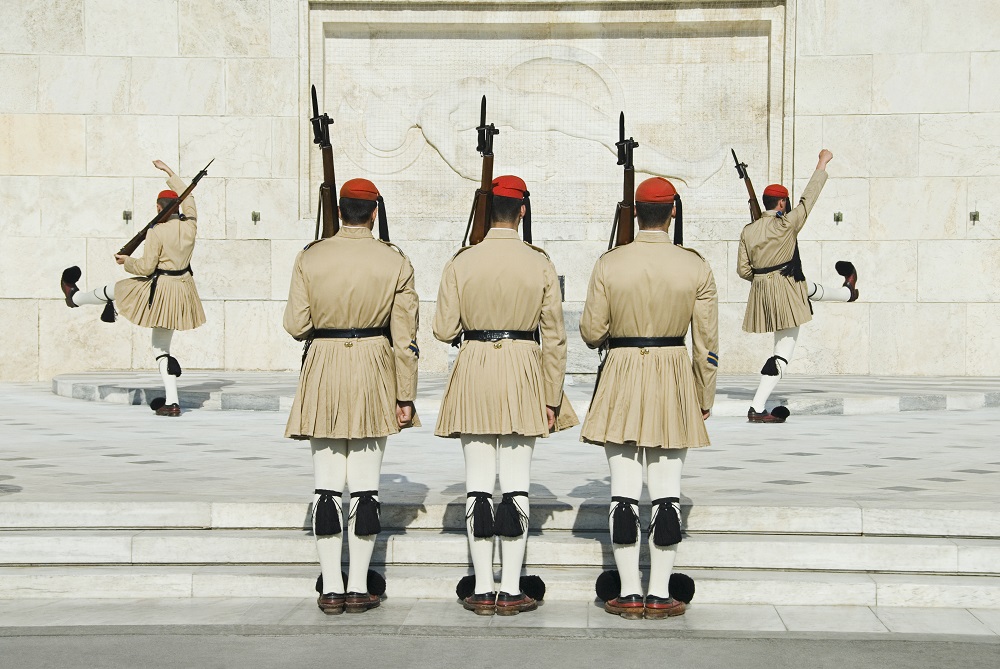 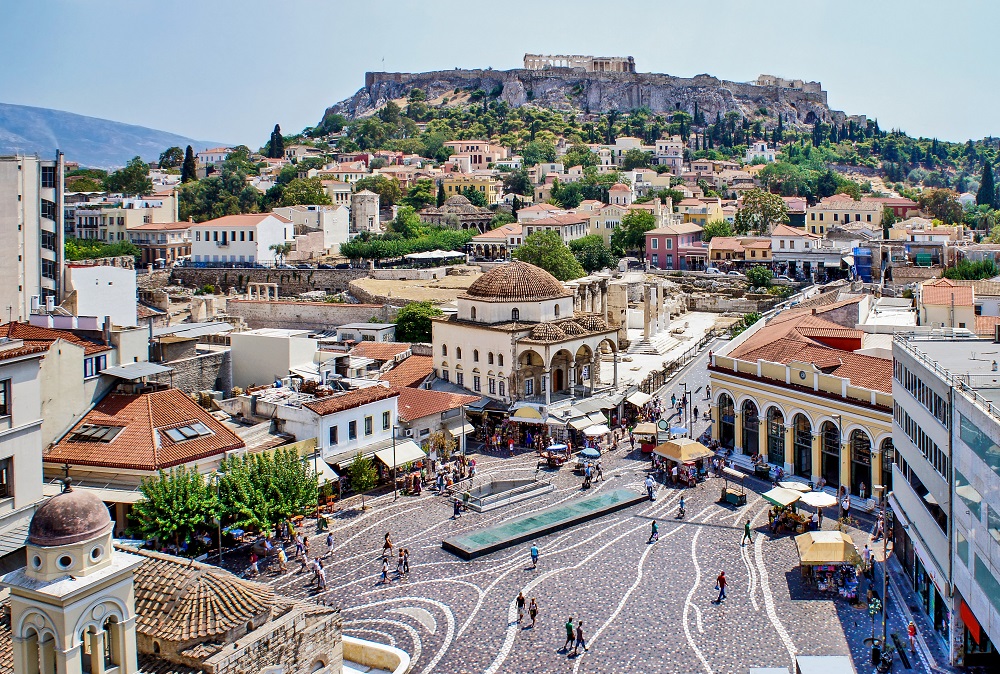 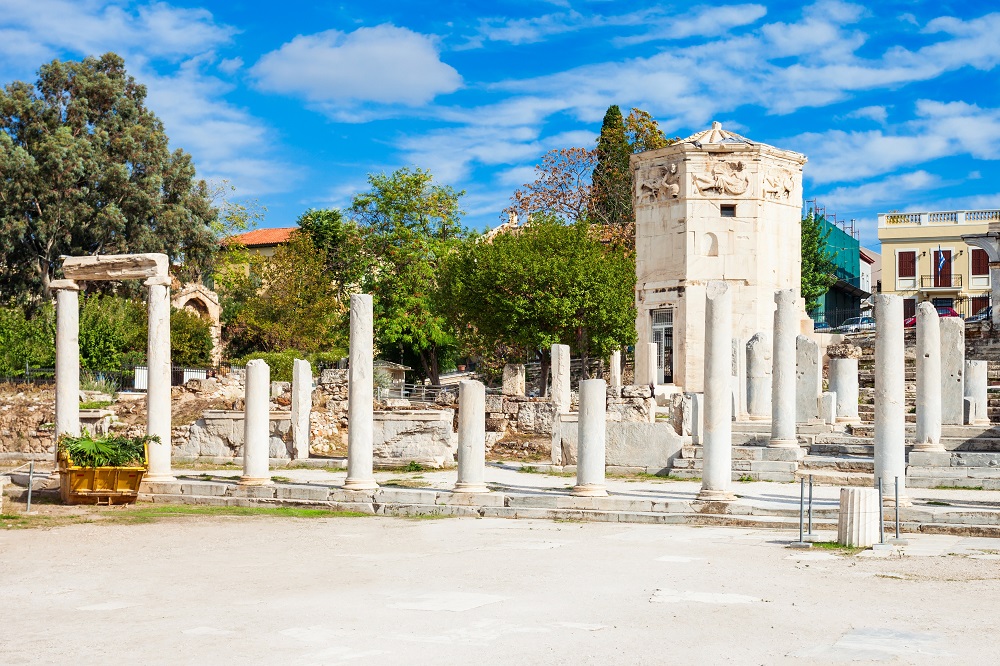 After lunch in Plaka we’ll drive through the city centre to the area of the  Flea Market (street bazaar, antique stores) where we’ll visit the Ancient Agora (the political, financial and commercial centre of ancient Athens).  There we’ll see the temple of Hephaistos, known also as Theseum (best preserved ancient temple in Greece) and the Stoa of Attalos (an ancient shopping centre) which was restored in the fifties by the American Archaeological School.  It is a peaceful and inspiring site and especially in Spring when everything is in full bloom one’s spirit lifts! 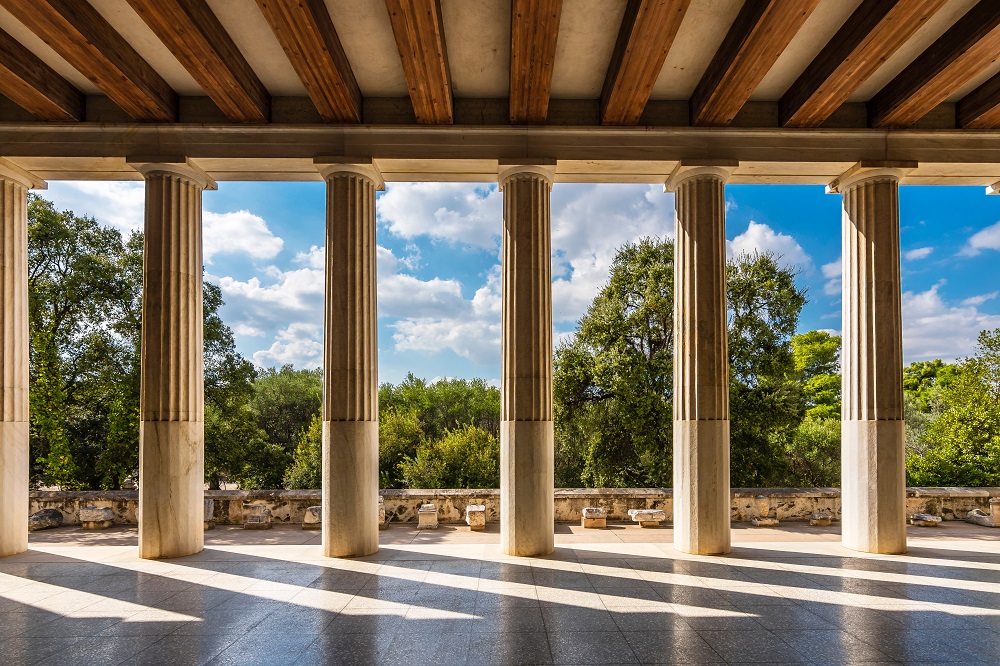 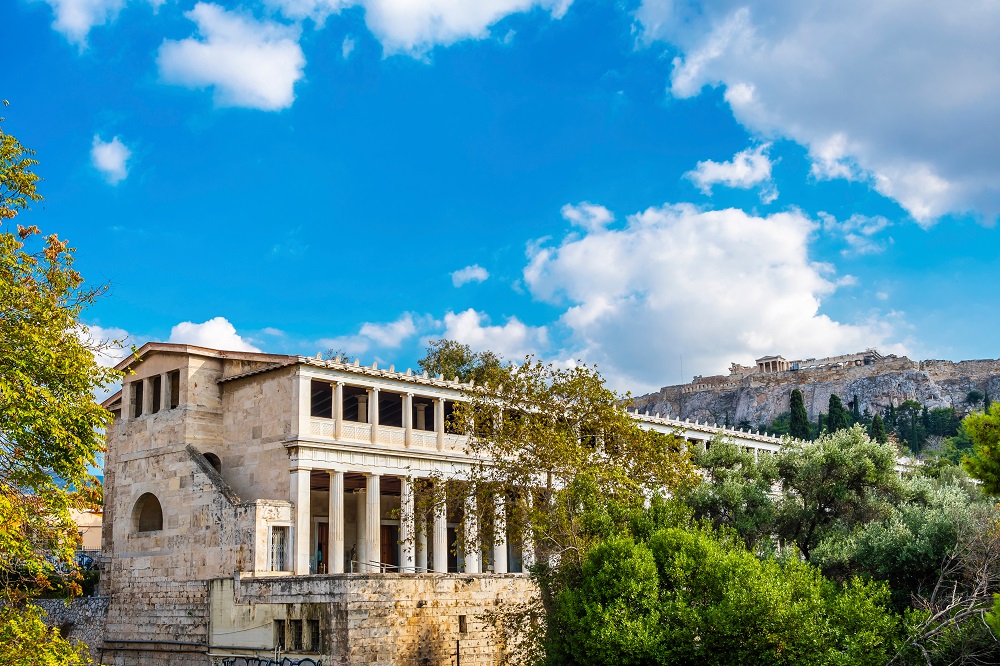 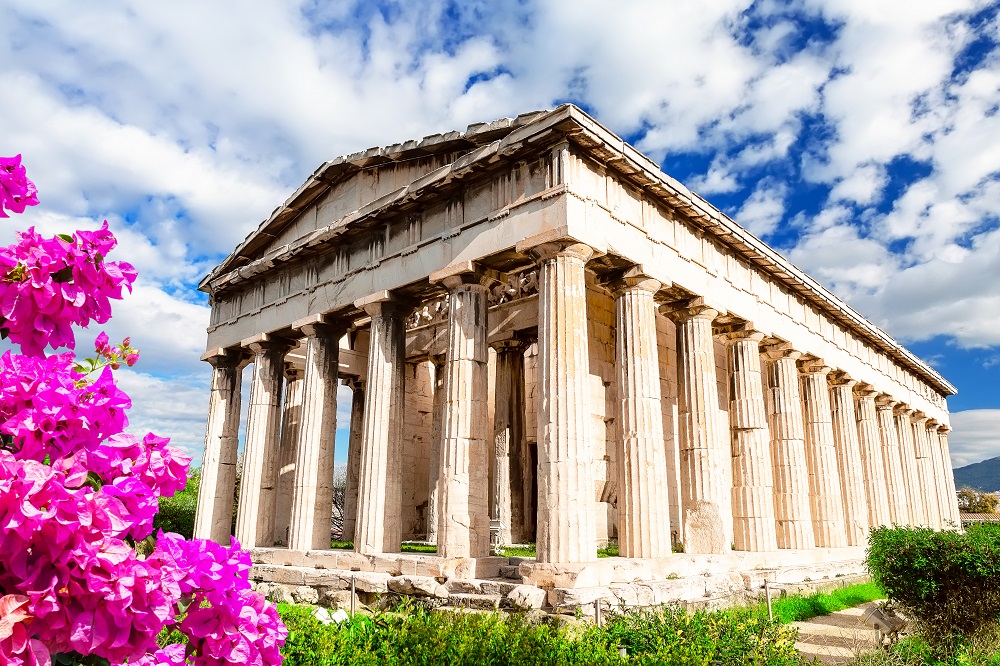 Our tour will be completed with our visit to the National Archaeological Museum, the biggest museum in Greece with one of the most extensive and important archaeological collections in the world.  It houses, among other important exhibits, the frescoes of the island of Santorini and the prehistoric golden collection of Mycenae with the famous mask of Agamemnon OR  with a visit to the New Acropolis Museum, “Home” of the Parthenon Marbles and important and impressive archaeological findings from the sacred rock of the Acropolis.  (Mondays closed)