Yes it possible!  We can visit within a day Aegina, one the most beautiful and historical Greek islands.

We depart in the morning from the port of Piraeus and approximately one hour later we’ll arrive at the picturesque harbor of Aegina, usually full of local fishing-boats and luxurious yachts.  Make a note before leaving the island to buy the most delicious local product…the famous pistachios!

In historical terms, there is evidence that the island was inhabited from as early as 3.500 B.C. The island enjoyed strong economic and social growth between around 900 B.C. and 480 B.C., including minting the first coins anywhere in Greece during the 7th. Century B.C. In more modern times, Aegina was briefly the first ‘capital’ of modern Greece from January 12th to October 3rd 1828.

After visiting the capital town of Aegina with its traditional food-market in front of the harbour, we’ll start exploring the rest of the island which is not only full of beautiful sandy beaches for swimming, but also has some places of great archaeological interest. 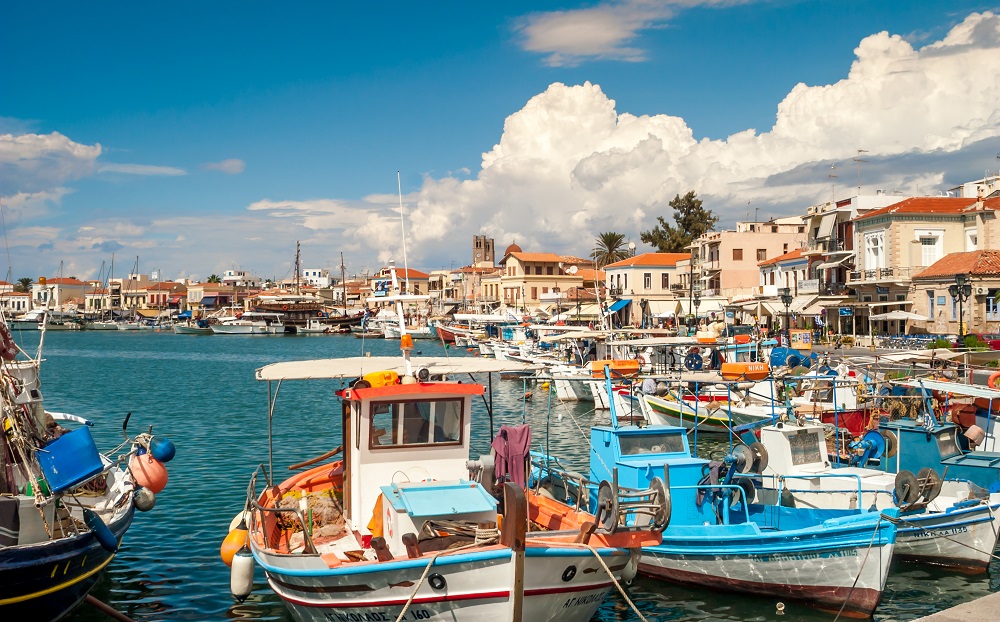 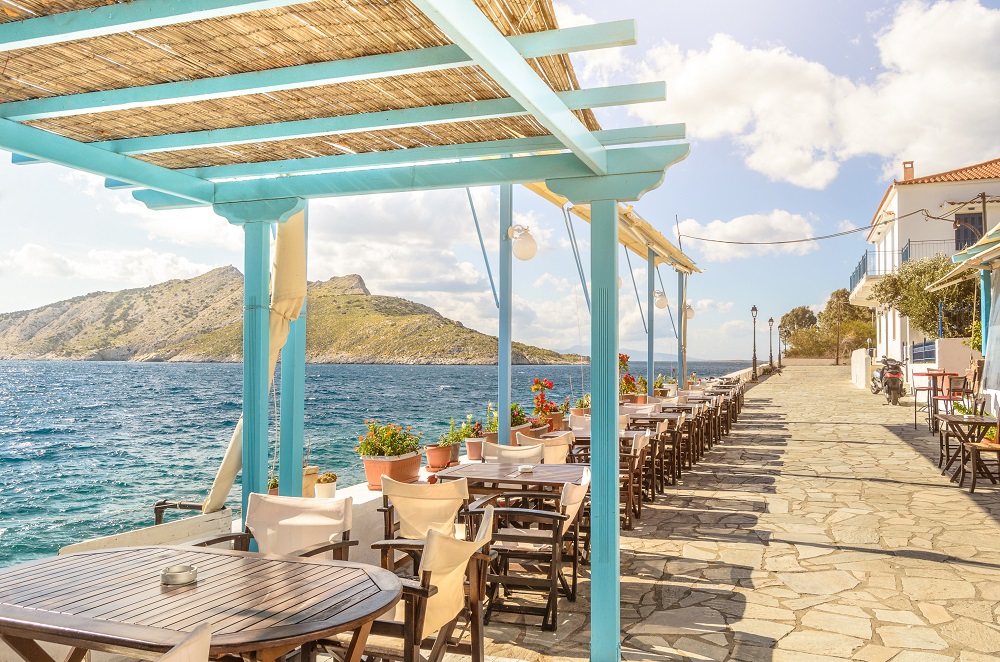 The Temple of Aphaia (5th century B.C.), dedicated to a daughter of Zeus, a divinity associated with Artemis who was revered as a protectress of women (dedicatory inscription; terracottas), is built on the foundations of an earlier sixth century temple, on the site of a pre-Greek shrine. It is a peripteral temple of 6 by 12 columns, with a pronaos and opisthodomos in antis. The roof of the “naos” was supported by two rows of columns. In the opisthodomos is a stone altar-table. There survive 23 columns of yellowish limestone, mainly at the east end and the adjoining sides, still preserving remains of the original stucco facing; most of the columns are monolithic. The roof and sculptural decoration were in Pentelic marble. 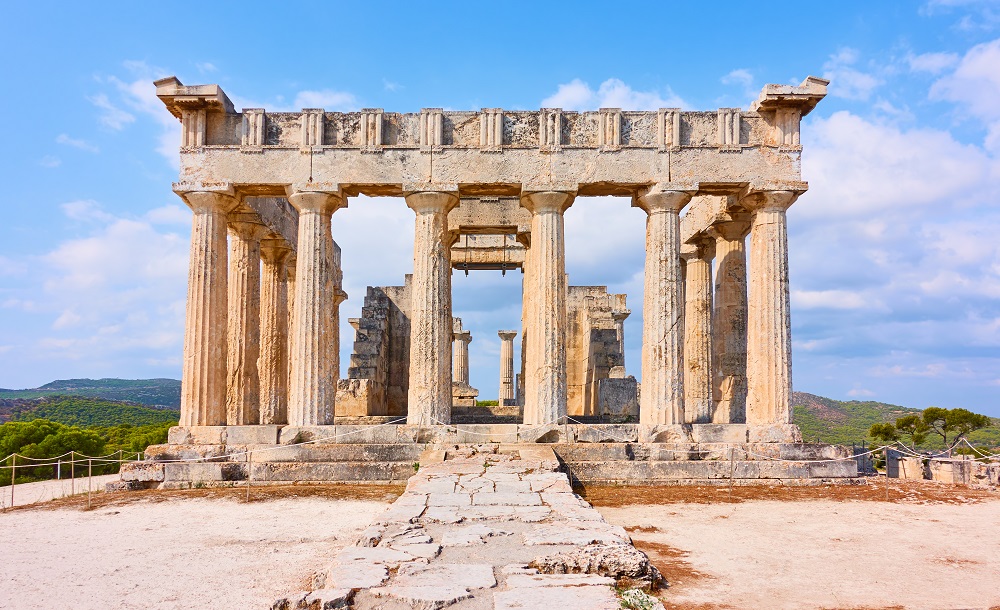 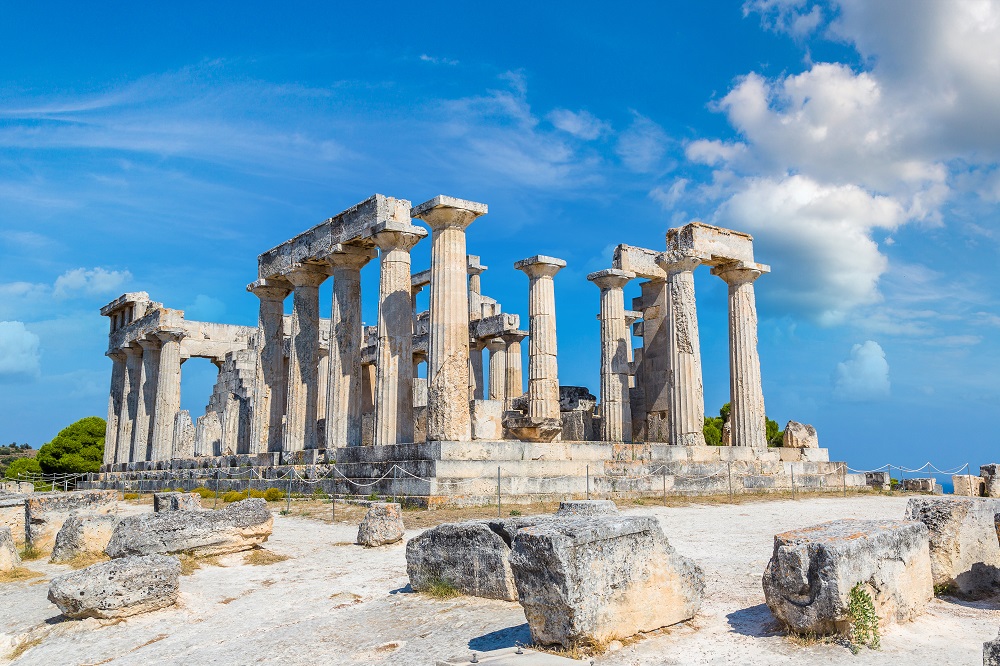 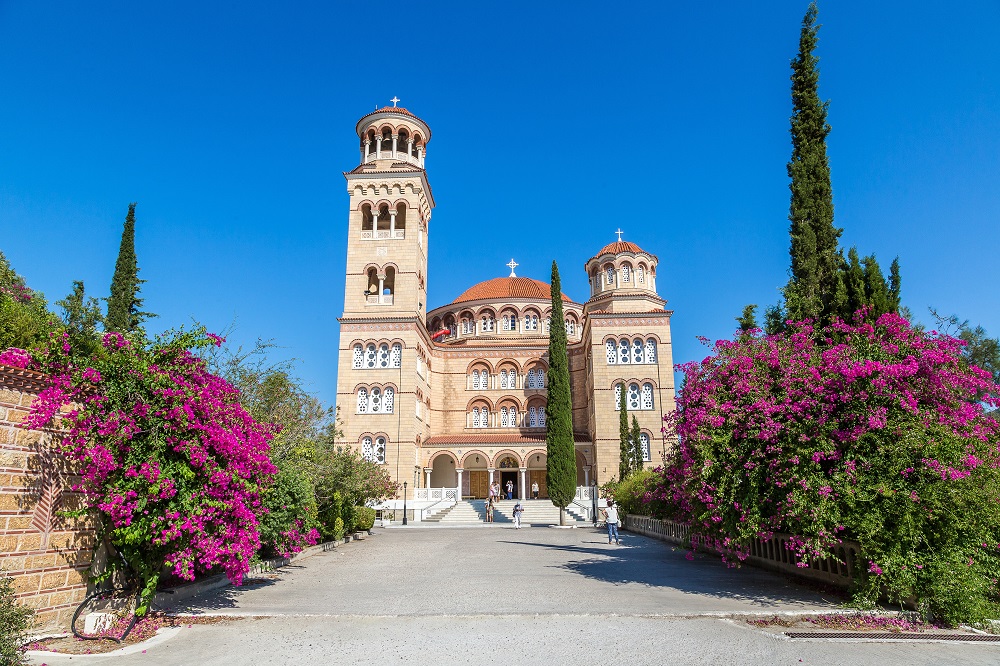 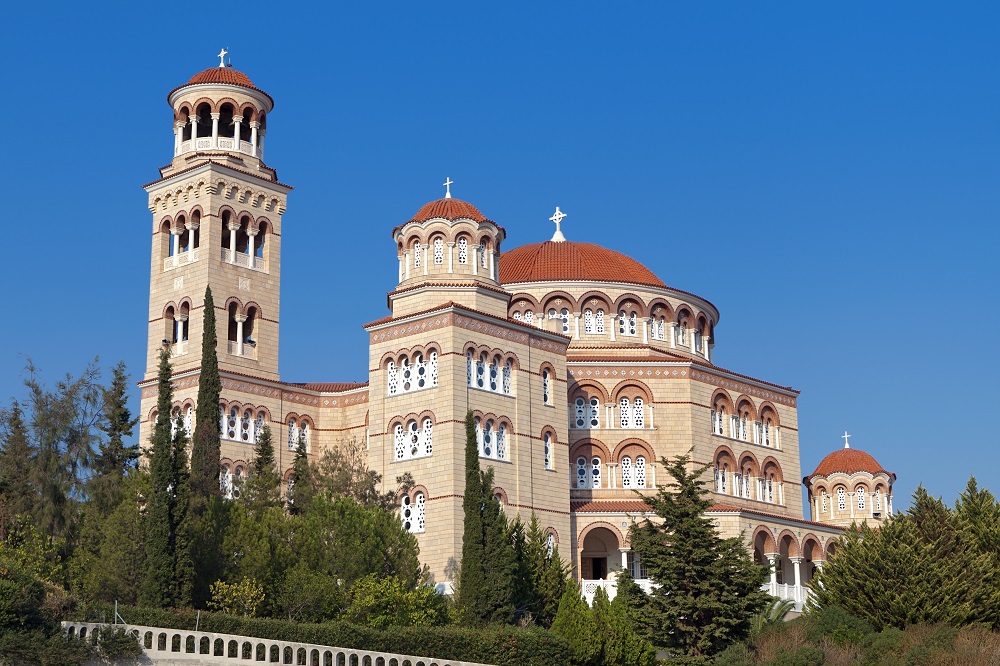 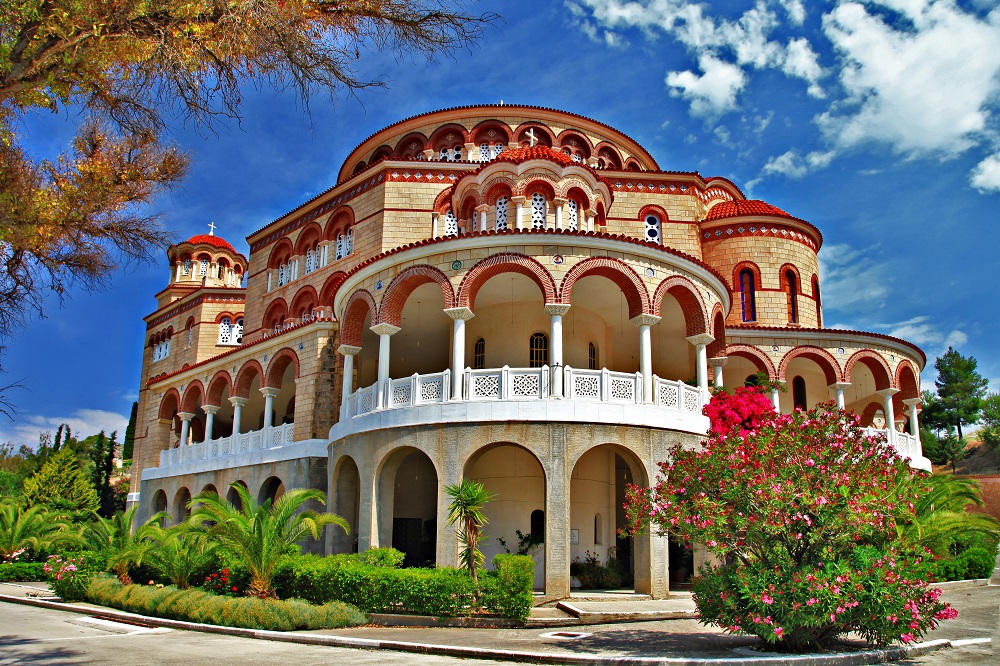