This tour is like an introduction to the present and to the old Greek religion, Christianity and the Gods of Olympus.  Within a day we are going to visit a major ancient religious centre “Eleusis” and two of the oldest and most famous monasteries “Daphni” and “Oss. Patapios”.

The tour starts with our visit to the monastery of  Daphni (or Daphne or Dafni) which  lies to the west of Athens, almost half-way along the Sacred Way to Eleusis. This site has been considered sacred since ancient times when there was a temple dedicated to Apollo there.  The temple is long since gone (except for one column near the entrance), but the name Daphni (Greek for “laurel,” Apollo’s sacred plant) still honours Apollo’s memory.  The first monastery was erected on the site in the 6th century A.D. and was enclosed by strong defensive walls, almost square in plan.

The second phase, dated to the end of the 11th century (around 1080), is the one preserved. The “catholicon” is a crossing-square church of the octagonal type, surmounted by a broad and high dome.  It has a narthex, formed as an open portico in which the Ionic columns of the ancient temple of Apollo were built. 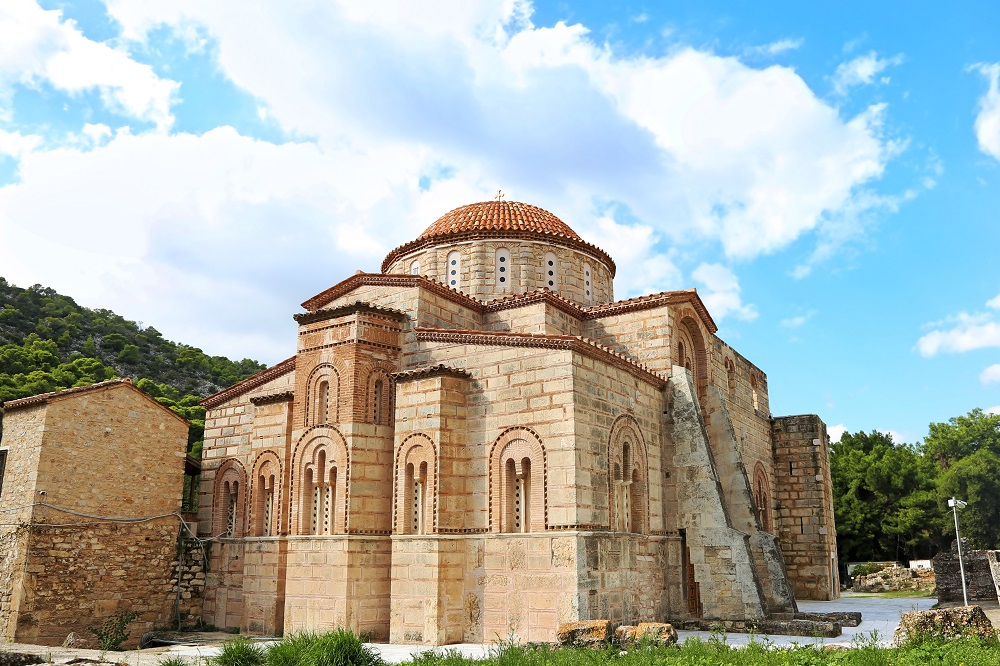 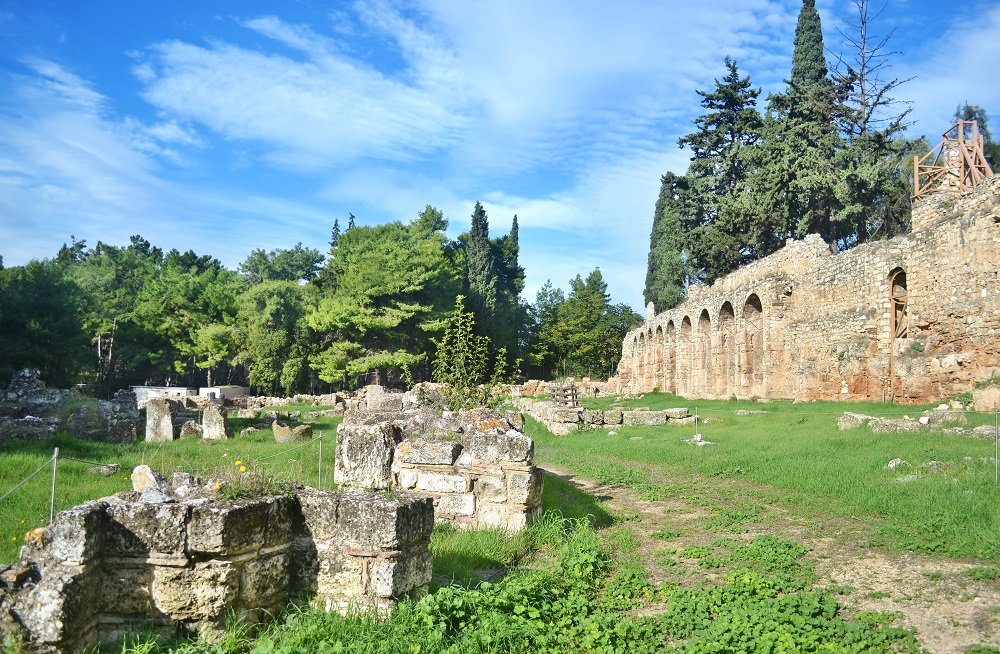 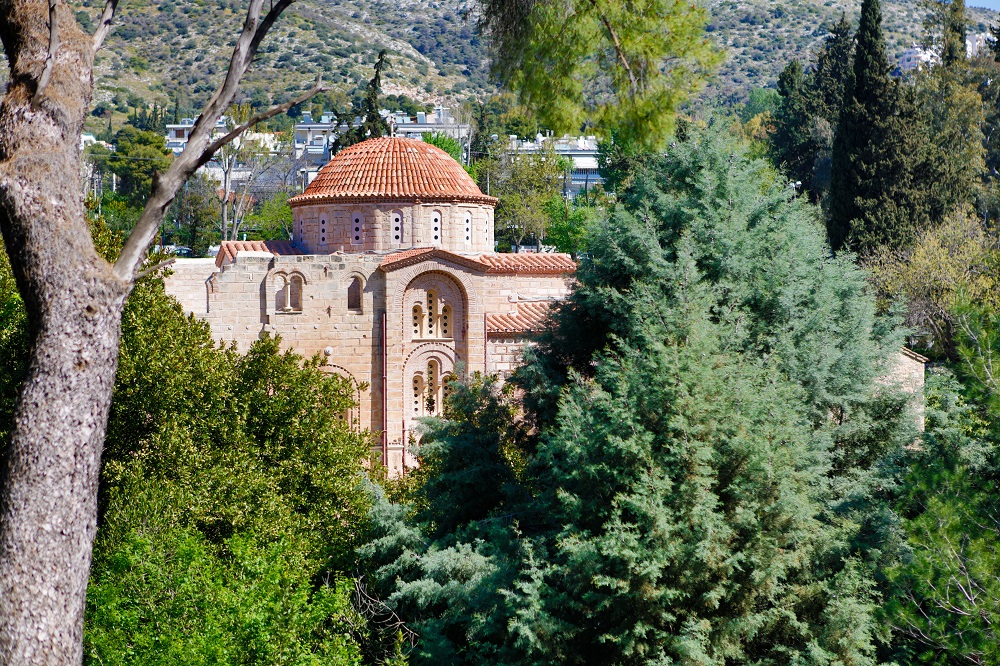 After our visit to Daphni monastery we continue driving on the Sacred Way all the way to Eleusis.

Eleusis is the location where the cult of the goddess Demeter (Ceres) existed many centuries and where the most famous religious festival, called the Eleusinian Mysteries, were performed every year in the honour of this deity.  The name of the town, Eleusís, is a variant of the noun έλευσις, éleusis that means arrival.

The Mysteries seem to be related to a Homeric myth (650 B.C.). according to which Demeter’s daughter Persephone (also referred to as Kore, “girl”) was seized by her uncle, Hades, the god of death and the underworld who took her to his underworld kingdom to be his queen. Zeus allowed Persephone to return to her mother but only for six months every year. 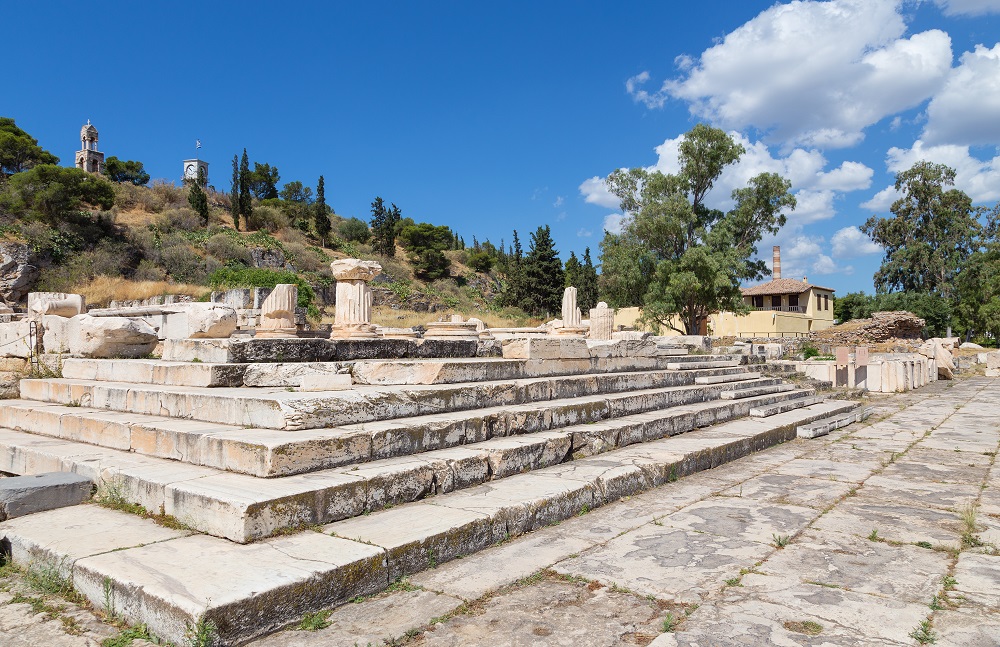 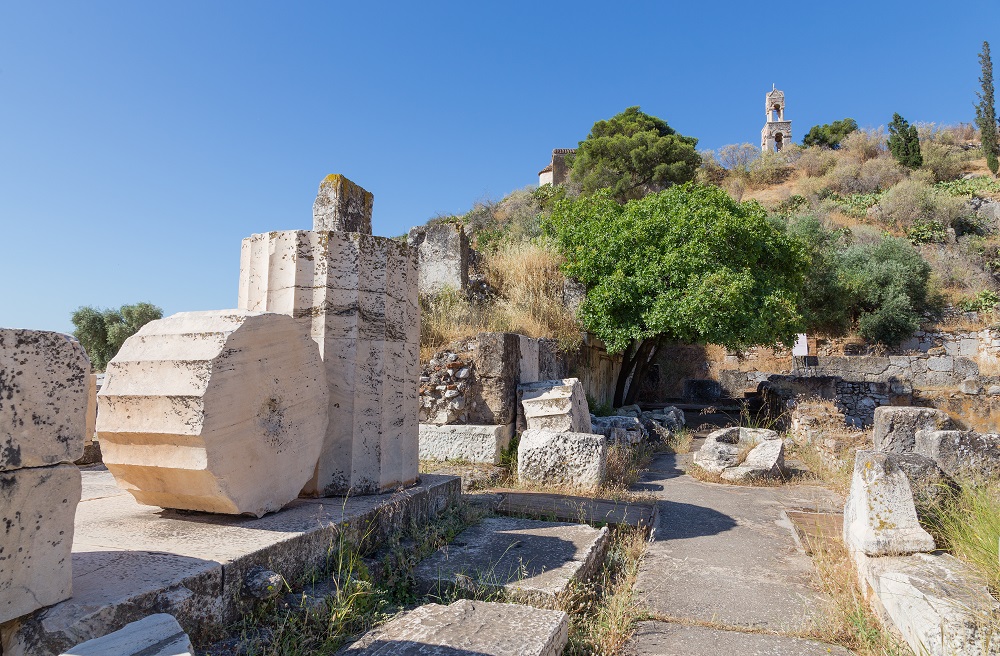 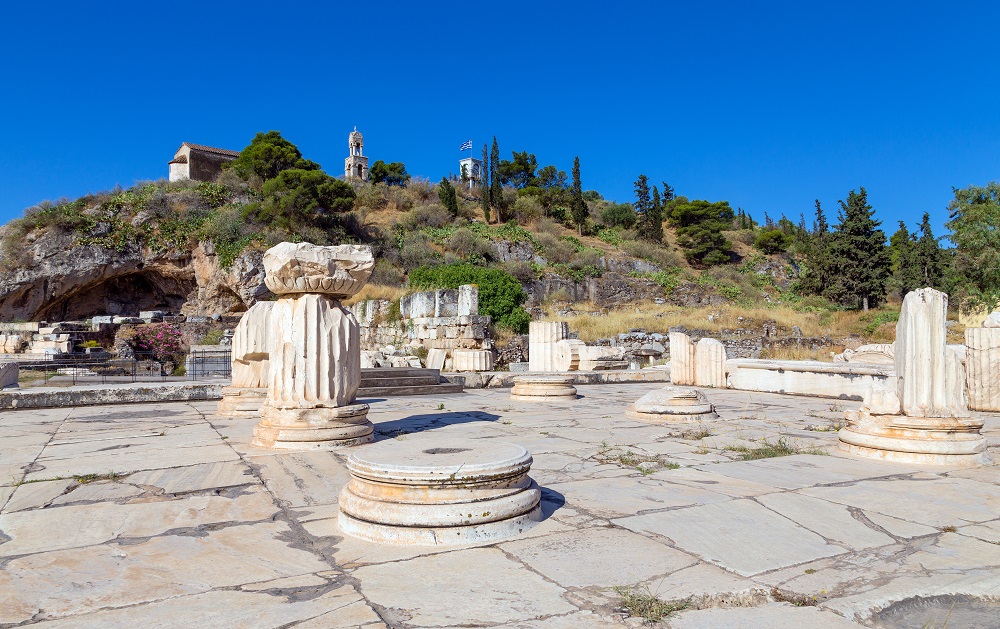 The Eleusinian Mysteries probably included a celebration of Persephone’s return, for it was also the rebirth of plants and the return of life to the earth.  Persephone had gone into the underworld (underground, like seeds in the winter), then returned to the land of the living: her return to her mother is symbolic of the rebirth of all flora during Spring and, by extension, of all life on earth.